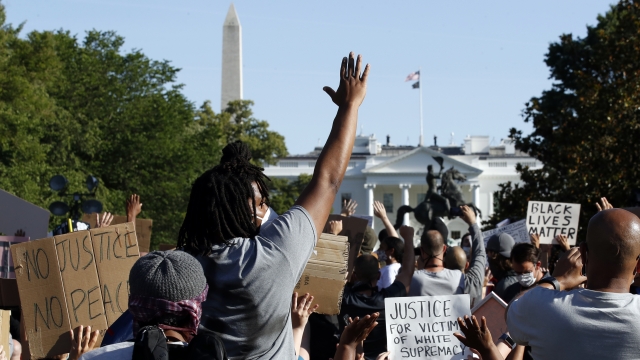 SMS
D.C. Reports Spike In COVID-19 Cases Amid Protests
By Meg Hilling
By Meg Hilling
June 2, 2020
D.C. mayor anticipates there will be higher numbers of coronavirus cases ahead because of packed public demonstrations.
SHOW TRANSCRIPT

Health officials in Washington D.C. say they are documenting a spike in COVID-19 cases and are concerned about more coming as protests continue.

Over the last week, communities across the country have seen protesters pack streets in demonstrations following the deadly arrest of George Floyd in Minneapolis. Floyd, a Black man, died May 25 after a White Minneapolis police officer used his knee on Floyd's neck during an arrest.

With little to no social distancing measures being taken in these protests, Washington D.C. Mayor Muriel Bowser says city health officials anticipate the virus to spread.

CNN reports that these new cases will now delay the city’s timetable for moving into phase two of it’s reopening plans.