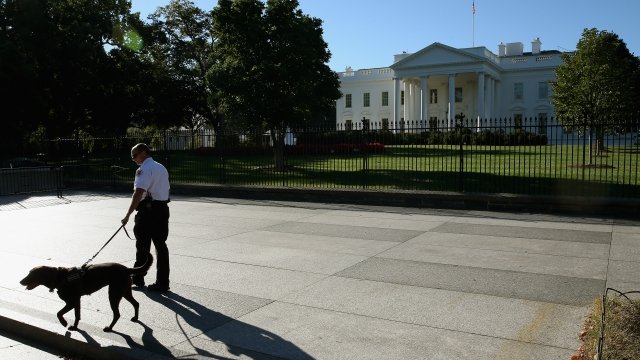 SMS
D.C. Prepares For Second 'Unite The Right' Rally
By Jake Jones
By Jake Jones
August 11, 2018
They were granted a permit to protest "civil rights abuse in Charlottesville."
SHOW TRANSCRIPT

Washington, D.C., is preparing for a white nationalist rally on Sunday on the one-year anniversary of the deadly Unite the Right rally in Charlottesville, Virginia.

About 400 neo-Nazis, white nationalists and people of similar ideologies are expected to attend the rally, which will be held in Lafayette Square across from the White House. They were granted a permit to protest "civil rights abuse in Charlottesville." As many as 1,000 or more counter-protesters from various groups, including Black Lives Matter and Antifa, will also rally opposite the white nationalists.

Police are taking a number of measures to avoid an outburst of violence. Unlike in Charlottesville, the two groups will be kept separate and firearms will not be allowed near the rallies.