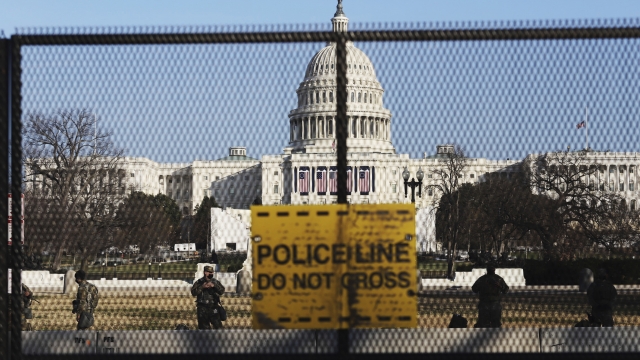 SMS
D.C. On Lockdown Ahead Of Inauguration Day
By Gage Jackson
By Gage Jackson
January 14, 2021
Up to 15,000 National Guard members will be on standby to assist local law enforcement as the FBI warns of protests being planned nationwide.
SHOW TRANSCRIPT

Washington, D.C. is locking down ahead of the presidential inauguration on Jan. 20.

D.C.'s mayor has ordered authorities to stop and question anyone inside the inauguration perimeter, and parking garages in the zone will be sealed through next Wednesday.

Around 15,000 National Guard troops are also expected to be in Washington.

These precautions come amid warnings from the FBI that armed protests by violent Trump supporters are being planned nationwide ahead of the event.