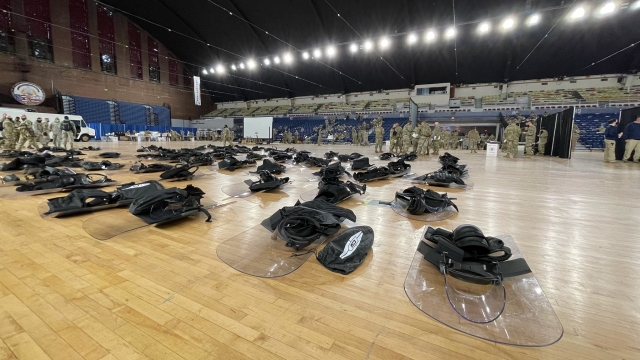 Ten thousand National Guardsmen will be deployed in Washington, D.C., by this weekend. The decision comes following threats of violence posted on social media by those who believe the election was “stolen.”

“As always, our first priority is to protect people and property, and the National Guard looks forward to working with our District and federal partners to ensure a peaceful inauguration for President-elect Biden on Jan. 20,” National Guard Bureau Chief Gen. Daniel Hokanson said.

Guard officials tell Newsy National Guard Members from six states could be armed with long rifles and side arms, but the Pentagon would not confirm that. Their orders have been extended past the date of the inauguration, lasting until February or longer. And with possible protests in all 50 states, Guard members are monitoring protests planned across the entire country.

Guardsmen have assisted during inaugurations since George Washington. But usually a little over 7,000 would be deployed, which may double by Jan. 20.