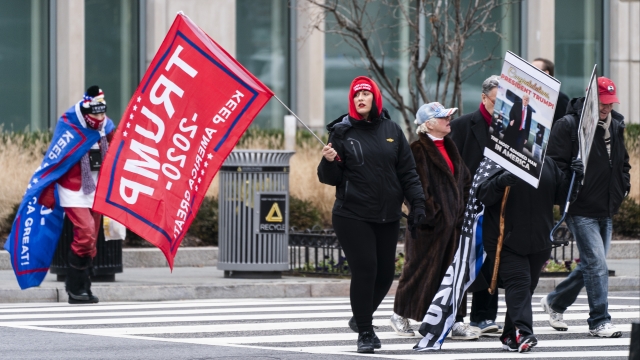 President Trump is encouraging his supporters to demonstrate against the election results this week.

Mayor Muriel Bowser is asking D.C. residents to be alert.

Mayor Bowser said, "We are urging D.C. residents, people from around the regions to avoid the downtown area and especially avoid people who are coming here to look for confrontation – particularly physical confrontation."

Mayor Bowser says roads are being blocked off in preparation for protests. And she's also called in the National Guard to help control crowds.

She says she wants to avoid a repeat of the violent protests that took place last month.