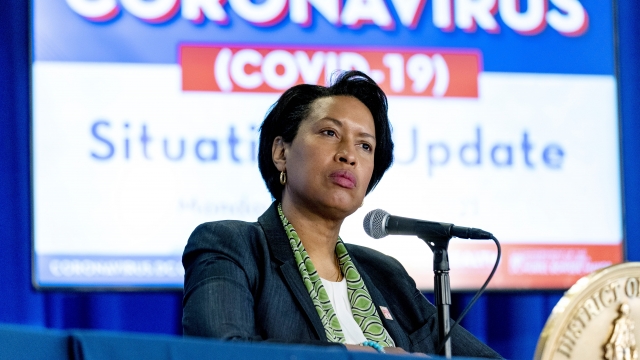 SMS
D.C. Mayor Defends Against Accusations She Violated Mask Mandate
By Eliana Moreno
By Eliana Moreno
August 2, 2021
A photo was taken of Mayor Muriel Bowser indoors at a wedding without a face mask just one day after she put the mandate into effect.
SHOW TRANSCRIPT

Washington, D.C. Mayor Muriel Bowser is defending herself after she was seen seemingly violating the mask mandate she put in place one day prior.

A photo was taken of the Mayor inside at a wedding without a mask on.

The order she imposed requires anyone over the age of two to wear a mask indoors in public, unless you're eating or drinking and that's what Bowser says she was doing.