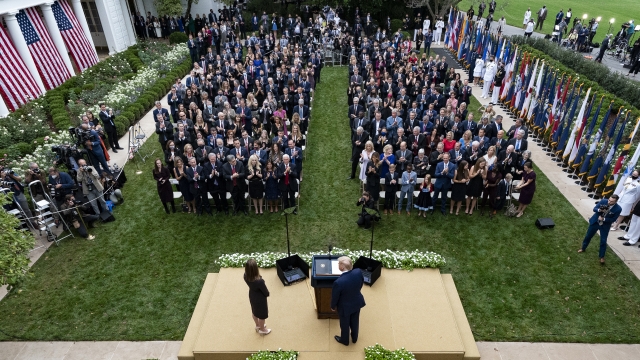 Health officials made the request in an open letter.

Washington D.C.'s health department wants anyone who was at Judge Amy Coney Barrett's nomination event and anyone who has worked at the White House in the past two weeks to get tested for COVID-19.

It made the request in an open letter also signed by nine local health departments in Maryland and Virginia.

The letter is critical of the White House's limited contact tracing efforts.

D.C.'s mayor said earlier this week that the White House had been vague in its communication about what contact tracing is already underway.