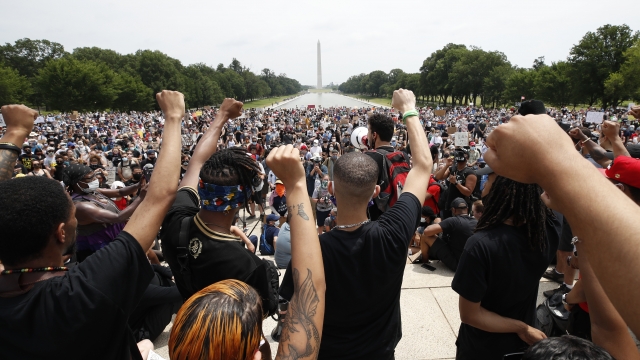 The mayor and the city's police union have both voiced concerns about parts of the legislation.

The bill would make it a felony for police to use neck restraints. It would also require the city to name officers who use serious force on citizens and release their body camera footage within 72 hours. It gives disciplinary process to the mayor, prohibits the use of certain weapons during peaceful protests and prohibits the hiring of officers with a history of serious misconduct.

D.C. Mayor Muriel Bowser says she's against the body camera section of the legislation and wants the council to hold public hearings before it votes again.

D.C. Council Chairman Phil Mendelson said it was important to pass emergency legislation without public hearings because "people are demanding this" and "have been through this before" without changes being made.

But the D.C. Police Union argues the bill will increase crime. In a Facebook post, it said: "This new legislation is catastrophic to our members and their rights as employees and their safety as law enforcement officers."

The changes from Tuesday's vote are valid for 90 days; a second vote in July could extend that to 225 days. To make the reforms permanent, the council would need to hold public hearings and hold another vote.