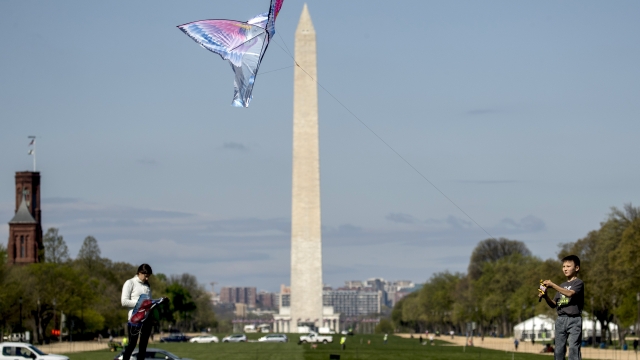 Violating a stay-at-home order can lead to a $5,000 fine and 90 days behind bars, but that isn't heavily enforced.

While much of Washington, D.C., has shut down due to the coronavirus, the territory is struggling to keep residents at home amid nice spring weather.

The nation's capital has been under a stay-at-home order since April 1. It allows exercising outside, as long as you maintain a six-foot distance from others. But with so many people trying to exercise, sidewalks and trails have become crowded with runners, cyclists and people walking their dogs.

Health officials predict D.C. is one of the country's next virus hot spots. Last week, its mayor said models predict cases there will peak in May or June, with a potential death toll of over 1,000.

So far the 68-square-mile territory has seen over 1,200 confirmed cases and around two dozen deaths.