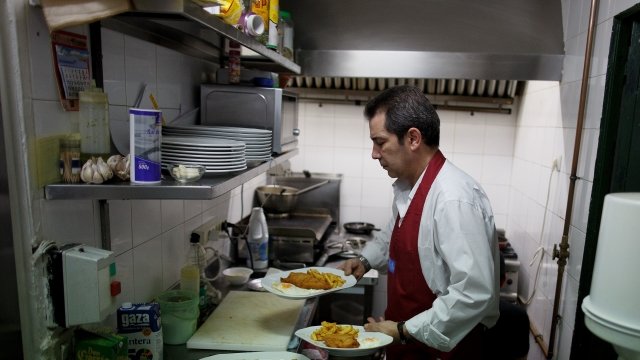 Tipped workers in Washington, D.C., could soon be getting a pay raise, thanks to a ballot initiative in Thursday's primary.

The initiative, which passed with just over 55 percent of the vote, will raise minimum wage for tipped workers from $3.33 an hour to $15 an hour by 2026, at which point it will be in line with the city's non-tipped minimum wage.

Currently, if tipped workers in Washington don't make minimum wage with their tips, business owners have to make up the difference.

Disney Is Considering A Bump In Florida Workers' Minimum Wage

One union representative told CNN there are some parts of Disney's new contract proposal that won't work for the union.

Opponents of the initiative worry the move will impose extra costs on business owners and that some of those costs might carry over to customers and employees.

But supporters say workers, especially women and minorities, won't have to endure mistreatment from customers to make a wage.

The initiative now heads to Capitol Hill for a congressional review. But the D.C. Council — which largely opposed the change — could also step in to repeal the new rule.