Cyntoia Brown: From Life In Prison To Parole 15 Years Later 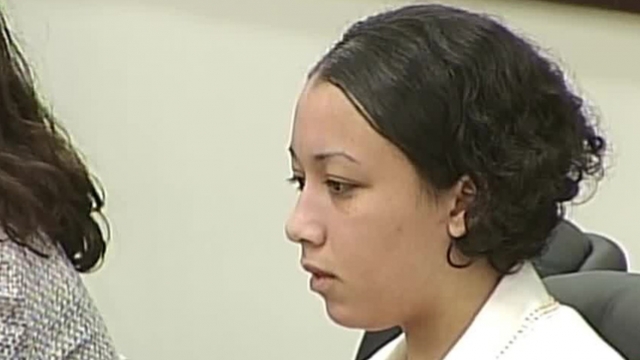 SMS
Cyntoia Brown: From Life In Prison To Parole 15 Years Later
By Briana Koeneman
By Briana Koeneman
August 7, 2019
Brown was released from prison on parole Wednesday — 15 years after she was arrested for a crime that sparked outrage across the country.
SHOW TRANSCRIPT

This is Cyntoia Brown. When she was 16 years old, she was sentenced to life behind bars for killing a man who she said solicited her for sex.

Early Wednesday morning, she was released from prison on parole— exactly 15 years after she was arrested for a crime that's gotten the attention of lawmakers, activists and celebrities alike.

According to court documents, Brown was put up for adoption as a child. She ran away from her adoptive parents' home as a teen and starting living with a man who she said was abusive and forced her into prostitution.

On Aug. 7, 2004, Brown met 43-year-old Johnny Mitchell Allen at a restaurant in Nashville. She said he picked her up and drove her to his home after she agreed to engage in sexual activity with him.

Brown testified that, after they arrived at Allen's house, she spotted a gun cabinet in one of the rooms. She said he also showed her a gun and talked about how he used to be a sharp-shooter in the military.

Brown said that later on, after they got into Allen's bed, she saw him roll over "maybe to reach for something" — she thought he was "gonna get a gun or he is gonna do something to me." She then reached for a gun she kept in her purse and killed him.

Brown said she shot Allen out of fear for her life. But during her trial, the prosecution argued that her motive was robbery, since she took money out of Allen's wallet and two of his guns before she left the house.

Brown was convicted of first-degree murder, first-degree felony murder and aggravated robbery in August 2006. A few weeks later, she was sentenced to life in prison.

Her story was somewhat pushed back into the spotlight in 2011, when PBS aired a documentary about the crime and the events leading up to it.

But six years later, the case got some high-profile attention. Celebrities like Rihanna and Kim Kardashian West came to Brown's defense on social media. Their posts were shared by other celebrities, journalists and activists, sparking outrage across the country.

Several petitions surfaced asking for a retrial in the case. Many called for her to be pardoned. And on Jan. 7, 2019, Tennessee Gov. Bill Haslam granted her clemency.

But the effort to help Brown didn't stop there. Supporters continued to back her with GoFundMe pages and other fundraisers as her release date drew closer.

After she was granted clemency, Brown said in a statement: "I am thankful for all the support, prayers, and encouragement I have received. We truly serve a God of second chances and new beginnings. ... My hope is to help other young girls avoid ending up where I have been."