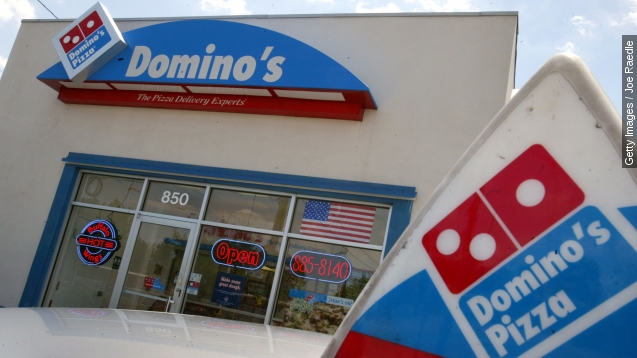 SMS
Customer Discovers $1,300 Inside His Domino's Wings Box
By Katherine Biek
By Katherine Biek
September 21, 2015
Mike Vegas discovered $1,300 in cash inside his chicken wings box from Domino's. The driver had been planning to stop at the bank with that money.
SHOW TRANSCRIPT

When one California man placed an order with Domino's, he expected to receive the pizza and chicken wings he ordered.

Mike Vegas received the pizza, but his wings box was instead filled with cash. Lots of it.

Turns out, the Domino's delivery driver was supposed to take that $1,300 to the bank after delivering Vegas' order. The driver put the money in a box to keep track of it, and then gave Vegas the wrong box.

Although Vegas posted a picture of the money to his Facebook account with the hashtag #doihavetogiveitback, he did end up returning the money.

And that good deed certainly paid off: That Domino's location offered Vegas free pizza for the next year. (Video via Domino's Pizza)

Crazy thing is — this has happened before.

CBS reported a similar situation happened in 2013 when McDonald's customers in Tennessee were handed a bag containing cash, which was supposed to go to the bank, instead of their order.

As for the Domino's delivery driver who gave Vegas the box full of cash? KGO-TV reports he's not in any trouble for the mix-up.