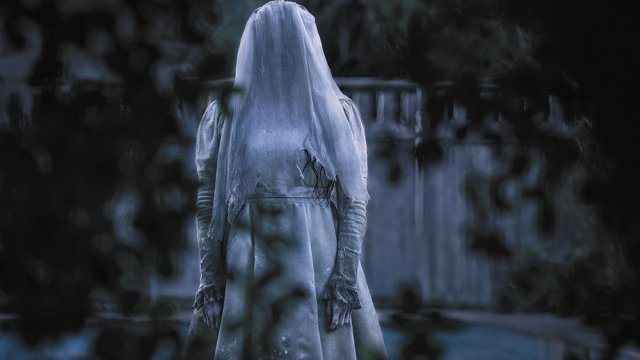 SMS
'Curse Of La Llorona' Beats Box-Office Expectations With $26M Debut
By Jamal Andress
By Jamal Andress
April 21, 2019
There were only two films brave enough to stand in the week before "Endgame" hits the box office: "The Curse of La Llorona" and "Breakthrough."
SHOW TRANSCRIPT

There were only two films brave enough to stand in the week before "Endgame" takes over the box office. First up is "The Curse of La Llorona", bringing in an estimated $26.5 million in its first weekend out.

The scary film, based on an even scarier Mexican folk tale, beat box office expectations and has already doubled its investment. "The Curse of La Llorona" cost Warner Bros. just $9 million to produce.

In addition, the international box office contributed $30 million to this James Wan-produced horror flick, pushing this inexpensive film more than halfway to a $100 million.

Despite the warm reception from moviegoers, critical reviews for this one aren't great — "The Curse of La Llorona" carries a 32% on the Tomatometer. But with $56 million raised in three days, I get this feeling James Wan and the folks at Warner Bros. aren't too broken up about that.

Falling to No. 2 this week after two weeks at the top of the box office is "Shazam!", bringing in an estimated $17 million in its third weekend out. Combine that with some sustained interest from overseas and you get $322 million in worldwide ticket sales.

And finally at No. 3 is the faith-based film "Breakthrough", bringing in an estimated $11 million in its debut weekend.

Now, for those of us who watch the box office pretty closely, you know faith-based flicks aren't usually critical favorites, and, in many cases, for good reason.

But on this Easter weekend, we have a divine intervention — "Breakthrough" carries a 64% on Rotten Tomatoes with critical praise abound from movie-loving heathens like myself.

As for next week, we've all waited long enough. Take my money, Marvel, and give me what I came for.