Canadian, Mexican Currencies Dip Amid Fears US Will Leave NAFTA 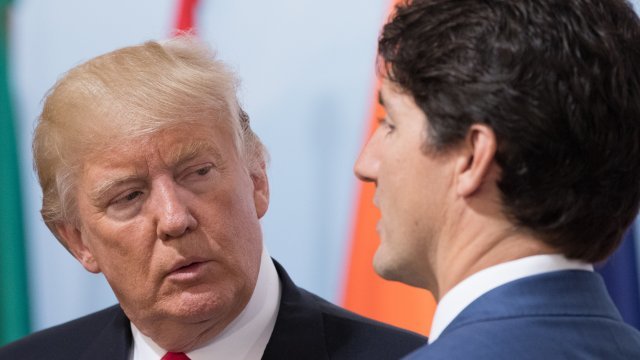 SMS
Canadian, Mexican Currencies Dip Amid Fears US Will Leave NAFTA
By Jake Jones
By Jake Jones
January 10, 2018
Canada and Mexico are scheduled to meet with their shared neighbor and discuss the deal in late January.
SHOW TRANSCRIPT

Mexican and Canadian currencies took a dip amid fears the U.S. will withdraw from the North American Free Trade Agreement.

On Wednesday, the Canadian dollar and Mexican peso fell by 0.7 percent and 0.9 percent, respectively. The peso did rebound later in the day. Canadian two-year and 10-year bonds were also down.

President Donald Trump has to give six months' notice before backing out of NAFTA, which he says hurts American workers. The three countries are set for another round of negotiations later this month.

And Trump could announce the U.S.' withdrawal but then not actually back out after those six months pass. Mexico has said it won't negotiate under those circumstances and will leave talks if Trump initiates that process.