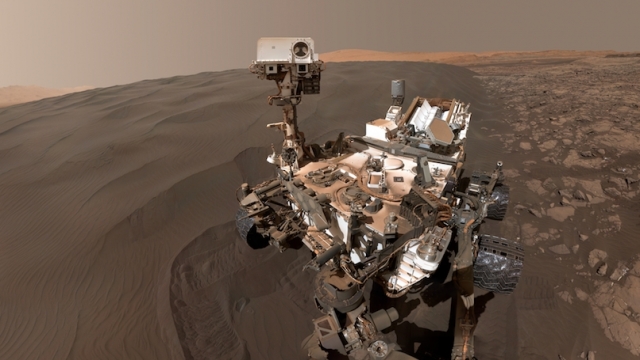 SMS
Happy Lonely Birthday, Curiosity
By Evan Thomas
By Evan Thomas
August 5, 2016
The Curiosity rover turns 4 years old Friday on Mars. With no one else around, it has to sing "Happy Birthday" to itself.
SHOW TRANSCRIPT

So it's singing "Happy Birthday" to itself, using tools designed to analyze samples of Mars' dirt.

SEE MORE: How NASA Brings Parts Of The Universe Home

There won't be a Martian birthday party. The current population of Mars is just two — robots.

Curiosity's nearest friend is Opportunity. It's on the other side of the planet.