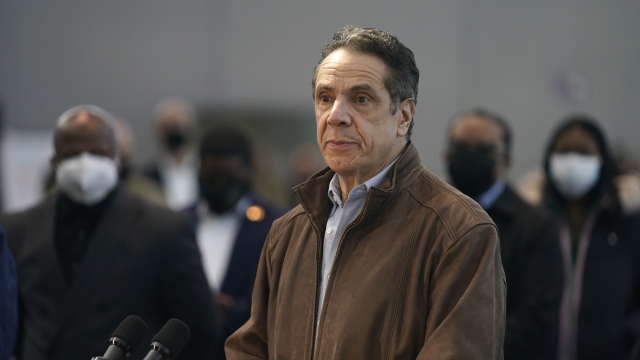 The Times Union of Albany reports an unnamed female aide said Cuomo asked her to come to the governor's mansion and then groped her.

In a statement Cuomo said he has never done anything like that.

A protest was held outside of Gov. Cuomo's office in Manhattan calling for his resignation. Police made several arrests after some protesters ignored their orders to stop blocking traffic.