Cuomo Criticized For America 'Was Never That Great' Comment 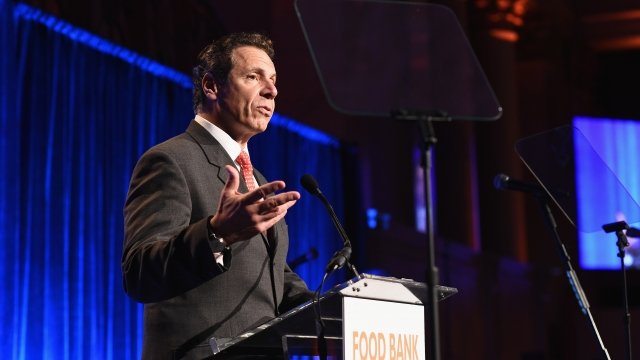 SMS
Cuomo Criticized For America 'Was Never That Great' Comment

By Katherine Biek
August 16, 2018
"We're not going to make America great again. It was never that great," Cuomo said while pushing for gender equality.
SHOW TRANSCRIPT

"We're not going to make America great again. It was never that great," Cuomo said.

He made the comments while talking about the need for gender equality, saying America "will reach greatness" only when women are no longer being discriminated against and stereotyped.

But Cuomo, who's currently seeking a third term in office, quickly drew criticism from his Republican challenger.

"He should be ashamed of himself," Marc Molinaro said, adding that Cuomo "owes the nation an apology."

Afterwards, Cuomo's spokeswoman attempted to clarify his comments, saying "The governor believes America is great," but that it "has not yet reached its maximum potential."