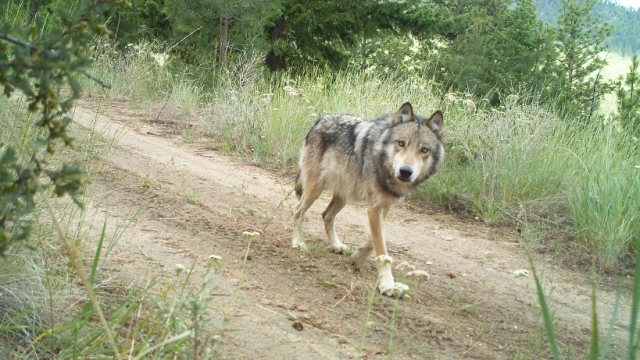 Wildlife officials in Washington state plan to cull some 10 percent of its gray wolf population after a pack started preying on local livestock.

This is a controversial decision. The wolves are already endangered in Washington — there are only about 90 in the state — but in this case, officials have a dilemma: killing a few wolves is the only way to preserve public support for conserving the rest of them.

They say if livestock owners don't see anything done to address the problem, "their willingness to do any kind of collaborative, positive work with the agency and to use nonlethal tools evaporates."

Wildlife culls are a hot debate between experts, conservationists and activists, and there isn't one right answer.

There's research that suggests when states cull wolves, populations decline even more than expected — thanks to increased poaching.

In other cases, culls can rebalance populations. When mountain lions started preying on an endangered sheep species in New Mexico, agencies culled the cats, and the sheep recovered.

And sometimes, authorities have little choice. They culled more than 20 grizzly bears in Yellowstone National Park last year for conflicting with humans or livestock. If they kill humans — as they did in 2011 and 2015 — the public expects park officials to take action.