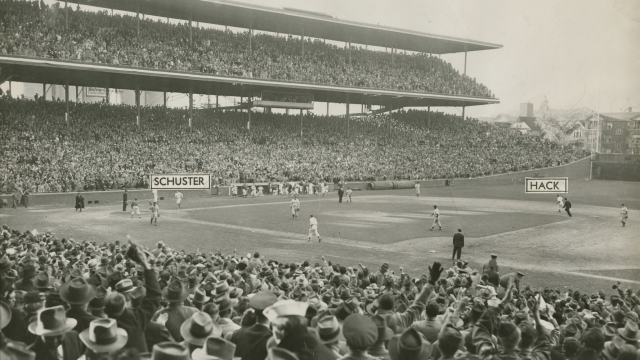 SMS
The 'W' Flag Was Practical Before It Was Iconic
By Christian Bryant
By Christian Bryant
November 3, 2016
The "W" flag is a popular accessory for Cubs fans now, but it had a more practical purpose the last time the team was in the World Series.
SHOW TRANSCRIPT

The "W" flag is everywhere. And its history plays right into Chicago Cubs baseball and how some fans knew the Cubs got a dub.

It's been more than 70 years since the Cubs played in the World Series. In 1945, the Cubs only played day games. They didn't have stadium lights until 1988.

So think about it, you're working a 9-to-5, and you've missed the game. There were newspapers and display boards and radio broadcasts at the time, but you just hopped on the elevated transit or "L" heading home. How are you going to find out whether the Cubs won or lost? That's where the "W" flag comes in.

Some baseball fans riding the "L" would pass Wrigley field. In the late '30s, two lights atop a flagpole told fans if their Cubbies won or lost: green light if they won or red lights if they lost.