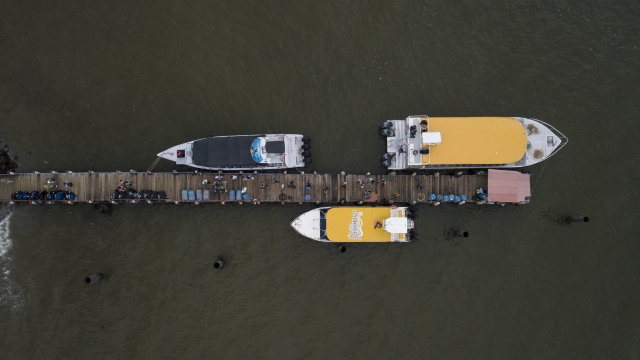 More Cubans are fleeing their home as life on the island takes a turn for the worse — making the long journey to U.S. soil by boat.

The U.S. Coast guard has seen an 80% increase in Cubans fleeing to the United States. Latest numbers show the Coast Guard has stopped 554 Cubans since Oct. 1.

Cuban migrant Esteban Martínez and his wife are leaving for a fresh start.

But it comes at a risk.

Reports of people going missing after leaving the island are surging.

"Entire families are destroyed," Sudenis Elledias, the mother of a missing Cuban migrant, said. "And it is a great suffering."

In 2017, former President Barack Obama ended the “wet foot, dry foot” policy, which allowed most Cuban migrants who reached U.S. soil to stay and become a permanent resident after a year.

Now, those who enter the U.S. illegally could be sent back home.