Mark Cuban To Donate $10M After Report On Mavericks Organization 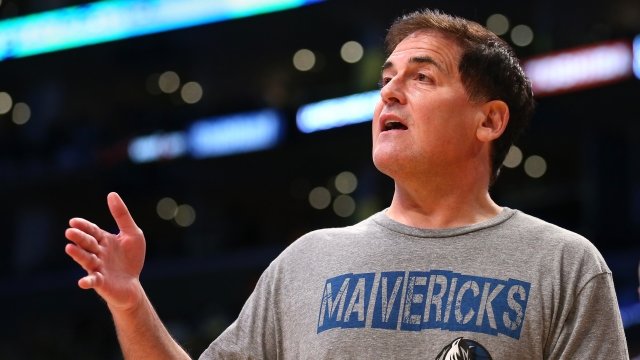 Dallas Mavericks owner Mark Cuban responded emotionally in an ESPN interview to the findings of an independent investigation launched by the NBA.

The investigation began after Sports Illustrated published a story in February depicting the Mavericks workplace culture as a "real-life Animal House." The investigation "substantiated numerous instances of sexual harassment" spanning more than 20 years, according to a statement made by the NBA.

The report details some pretty horrendous allegations. It says the former president and CEO of the Mavericks touched, forcibly kissed and made inappropriate comments to more than a dozen women working for him. It also says a Mavs.com reporter committed two acts of domestic abuse, one against another employee, and that a man working in ticket sales made unsolicited and unwanted sexual advances toward coworkers.

And from the 215 witnesses interviewed and the 1.6 million documents reviewed, the report concluded Mark Cuban had no idea.

He said on ESPN: "Never in my wildest dreams did I think that this was happening right underneath me. The pain that people went through, the pain that people shared with me as this happened. The tears that I saw. It just — it hurt. And the way I felt was nothing compared to the way they felt."

Cuban will donate $10 million to organizations combating domestic violence and supporting women professionally in the sports industry. The most the NBA has ever fined a team is $3.5 million.

On ESPN, Cuban offered "an apology to the women involved ... the women that, in a couple cases, were assaulted. And not just to them but to their families, because this is not something that just is an incident and then it's over. It stays with people and it stays with families. And I'm just sorry I didn't see it."