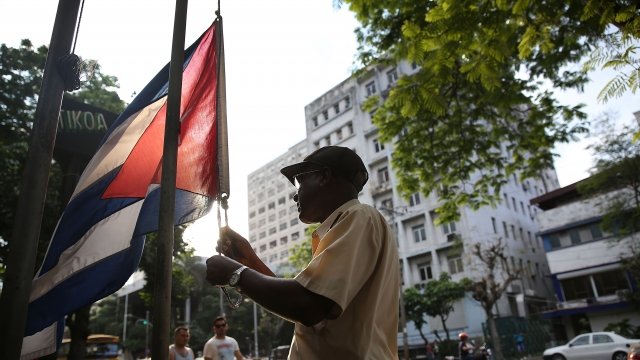 Cuba is removing language supporting same-sex marriage from a draft of its new constitution. Cuba's government made the announcement Tuesday after evangelical churches and citizens spent months expressing outrage at public meetings and protests.

The proposal would have changed the words "union between a man and a woman" to a more inclusive union of "two people." CNN reports more than 600 legislators approved a draft of the new constitution last summer.

But a majority of Cubans polled were reportedly against same-sex marriage, and hundreds of thousands of citizens commented on the proposal asking for the new language to be removed.

The AP reports that despite this setback for gay-rights advocates, Cuban lawmakers left the possibility of legalizing gay marriage on the table in future legislation.

The new constitution will be put to a public vote in 2019.