'CSI' Is Canceled, But Here's Why The Show Isn't Really Dead 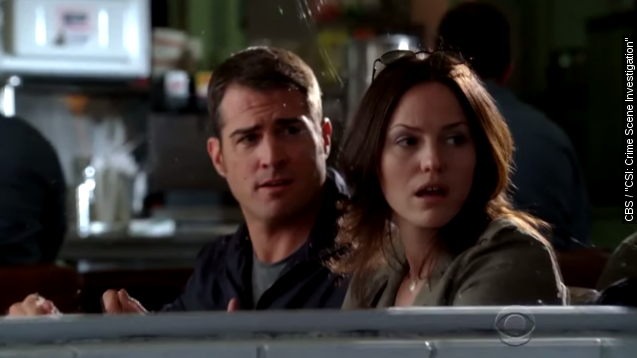 SMS
'CSI' Is Canceled, But Here's Why The Show Isn't Really Dead
By Katherine Biek
By Katherine Biek
May 13, 2015
CBS canceled "CSI: Crime Scene Investigation" after 15 seasons, but here's how the show will live on.
SHOW TRANSCRIPT

After 15 seasons, CBS is finally canceling "CSI: Crime Scene Investigation." But let's be honest: The show isn't really going away.

There are too many procedural dramas on television right now to count. You just have to pick a premise that you're interested in.

Like the Navy? Then CBS has got you covered with its long-running "NCIS," which was just renewed for a 13th season.

And if a Navy show based in Washington, D.C., isn't your thing, there are still two others: "NCIS: Los Angeles" and "NCIS: New Orleans."

NBC is giving CBS a run for its money when it comes to long-running crime shows with its "Law & Order: SVU."

And ABC has "Castle" starring Nathan Fillion and Stana Katic.

While Fox has the perfect tag team of David Boreanaz and Emily Deschanel in "Bones."

So, yes, "CSI" is now out, but one less crime drama doesn't really make a dent in the pack.

No specific reason was given for the show's cancellation, but Entertainment Weekly pointed out it struggled in the ratings this season, only averaging around 11 million viewers each week.

And over its 15 seasons, "CSI" has seen many cast changes. One of its last remaining original cast members, George Eads, who played Nick Stokes, left the show in the season finale back in February.

Unlike other cancellations, "CSI" will be able give a proper goodbye to its fans.

A two-hour TV movie is in the works to help wrap up the cliffhangers in the recent season finale. Original cast members William Petersen and Marg Helgenberger will also return to resume their roles for the film.

That movie, which is still untitled, will air Sept. 27.