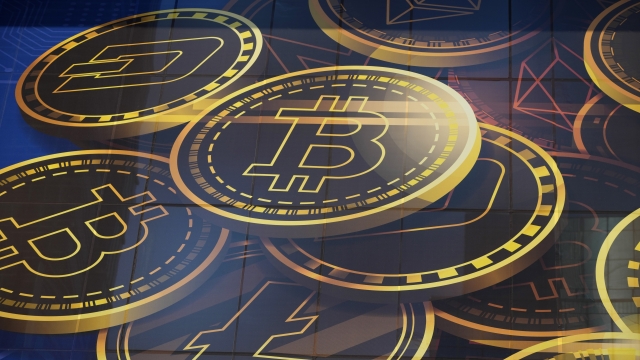 Cryptocurrency: everyone is talking about it.

From Dogecoin to Bitcoin, investors are using it to expand their portfolios. And platforms, like Coinbase, are creating debit cards that allow you to spend it like cash.

But this is just the surface of how the currency is used. Dig deeper on the web and you will find darker uses.

Gretta Goodwin, a director in the Homeland Security and Justice Team in the Government Accountability Office, analyzes issues around law enforcement in the digital space.

"We did find the currencies were being used to facilitate or engage in online drug trafficking and online sex trafficking," she said.

Goodwin's team is focused on cryptocurrency and law enforcement's ability and readiness to track and arrest criminals.

"The virtual currencies might not have actually been used to pay for the sex trafficking itself, but it might have been used to pay for the platforms or where the ads were located," she continued. "For drug trafficking, what we were finding was that it was used as a mode of payment. The anonymizing nature of these virtual currencies is such that secrecy and privacy is maintained and so you can make transactions with these currencies, and no one ever has a good sense of who you are."

Goodwin's team has worked with a number of agencies, including the Department of Justice and Postal Inspection Service to pinpoint who is using crypto criminally.

"They talked with us about how drug cartels and transnational criminal organizations are increasingly using virtual currencies because of its perceived anonymity and because it is a more efficient method to move money across international borders," she said. "When we looked at the suspicious activity reports over the period of 2017- 2020, and we looked to see how often virtual currency appeared in those reports. Those filings quadrupled over that period. So we know that virtual currency is being used increasingly to engage in these types of activities."

No longer is the need for large bags of cash and drops. Criminals can now use a kiosk — a machine similar to an ATM — to transfer large sums of money with ease and anonymity. And using a kiosk is not a suspicious act.

"Virtual currencies are not illegal," Goodwin continued. "So, if you are at a kiosk, no one really knows what you are doing at that kiosk. It is just difficult to track."

The kiosks must be registered with the Financial Crimes Enforcement Network, but their locations don't need to be disclosed.

Identifying the sources is the key to cracking down on illegal crypto activity.

"If they do not have the data, then they cannot effectively target their resources," Goodwin said. "Federal agencies have taken some actions to counter illicit uses of virtual currencies in human and drug trafficking... but they still face significant challenges."