Cruz and Ocasio-Cortez Team Up To Ban 'Revolving Door' Lobbyists 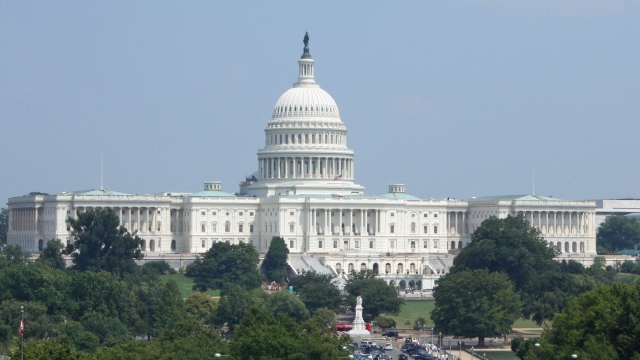 SMS
Cruz and Ocasio-Cortez Team Up To Ban 'Revolving Door' Lobbyists
By LeeAnne Lowry
By LeeAnne Lowry
May 31, 2019
The lawmakers are reaching across the aisle to tackle an issue they can both agree on.
SHOW TRANSCRIPT

The lawmakers are reaching across the aisle to tackle an issue they can both agree on: banning "revolving door" lobbyists.

Those are lawmakers who use their position as leverage to get a lobbyist job after leaving public office. There are some restrictions around the common practice, but, according to The Washington Post, they are loosely enforced and there are plenty of loopholes.

On Thursday, Ocasio-Cortez tweeted a report from Public Citizen. It found nearly two-thirds of lawmakers who just left Congress are now in jobs that involve influencing the federal government.

Ocasio-Cortez said she thinks this shouldn't be legal "at all." About an hour later, Cruz retweeted her, saying he agreed and "The Swamp would hate it, but perhaps a chance for some bipartisan cooperation?"

Ocasio-Cortez responded that she'd be willing to co-lead a "clean ban" with him — so long as it doesn't have any hidden partisan clauses. Cruz agreed, and then two more lawmakers said they want in.

Similar bills were introduced by Republican lawmakers earlier this year, and it isn't clear yet if Cruz and Ocasio-Cortez would sign the existing bills or introduce a new one.