Cruise Ship Sinks On Yangtze River With 458 On Board 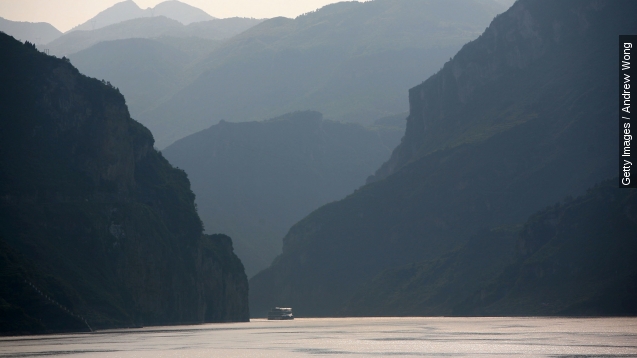 Rescue efforts continue around a capsized cruise ship on China's Yangtze River. The death toll could make it the worst maritime disaster in recent memory. More than 400 passengers and crew are unaccounted for.

The ship, named the Eastern Star, sank Monday night during a thunderstorm. Rescuers confirmed 15 survivors so far, including the captain and chief engineer, who were detained for questioning.

The captain said that a cyclone quickly sank the ship. The Eastern Star was carrying more than 450 people, most of them elderly, some of whom were sleeping at the time. (Video via CCTV)

The ship was en route to the Three Gorges Dam, a popular tourist destination and the largest hydroelectric project in the world.

Cruise tourism on the Yangtze, the world's third-longest river, has ballooned in the past decade but deflated in recent years. Ships like the Eastern Star slashed their rates to attract demand — passengers aboard the ship paid just $160 for a 13-day trip. (Video via Gate 1 Travel)

Before Monday's capsizing, Yangtze cruises were expected to attract more than 1 million passengers this year. China's premier, Li Keqiang, arrived Tuesday to coordinate the thousands of rescuers. (Video via BBC)

Continuing bad weather hampered rescuers Tuesday morning. Some survivors were pulled from underneath the ship's overturned hull; another survivor escaped through a window and swam to shore as the ship sank.

The Chinese government hasn't issued an official list of passengers on the ship, which has drawn protests from grieving families. The death toll might exceed that of Asia's last passenger ship disaster, when 304 people drowned on the capsized Sewol ferry in South Korea last April.