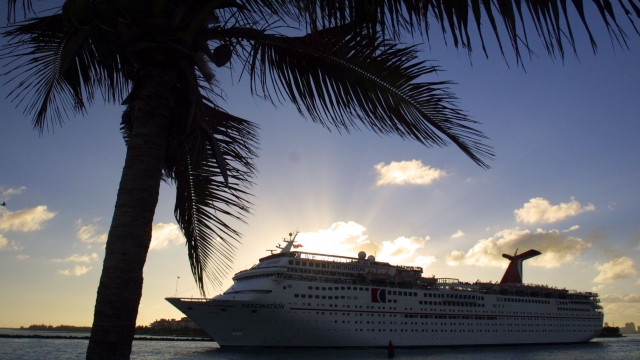 The last U.S.-operated cruise ship left Cuba on Wednesday — the day the Trump administration's new travel restrictions for the country went into effect.

Royal Caribbean's "Empress of the Seas" had only arrived in Cuba on Tuesday. And passengers on board were supposed to have two days to explore the Caribbean island.

Royal Caribbean wasn't the only U.S.-based cruise line that was forced to quickly change plans. After all, the Treasury Department  gave less than 24 hours' notice that all sailboats, fishing vessels and cruise ships would be banned from going to Cuba.

Both Norwegian Cruise Line and Carnival Cruise Line already had ships sailing to Havana at the time of the announcement. They quickly rerouted those cruises to the Bahamas and Cozumel, Mexico, respectively.

Although trips to Cuba make up a very small percentage of each company's voyages, an industry group said nearly 800,000 passenger bookings would be impacted by the new travel regulations.

Cruise lines are now reworking their future trips that involve Cuba to sail to another destination. Carnival and Royal Caribbean have both already said that if guests don't care to remain on their original cruise, they can cancel their trip and receive a full refund.