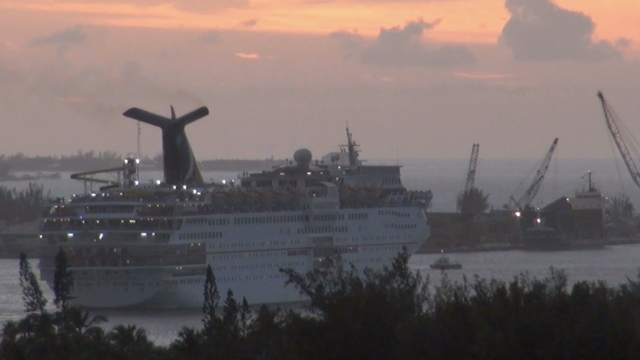 Ross Klein, who has written four books on the cruise industry, says it needs to approach COVID-19 with humility if it wants to survive.

The cruise industry has taken a major hit after coronavirus outbreaks on multiple ships left thousands of passengers quarantined for days at sea.

Some former passengers have even died after contracting the virus.

"Their corporate stock prices have dropped more than 40% as a result of what's going on, but I think more importantly, ... their consumer base, people who would normally choose to take a cruise, are increasingly seeing that cruises are not as attractive of a vacation choice," Ross Klein said.

The CDC and the State Department warn those considering taking a cruise to reconsider.

"Particularly those with underlying health issues."

But President Trump says he is working closely with cruise lines, and he believes it is safe for people to continue vacationing.

"We want them to travel. We want people to travel to certain locations and not to other locations at this moment, and hopefully that will straighten out."

Ross Klein, a social work professor who has written four books and several reports on the cruise ship industry and its impacts, says it is a resilient industry. But to survive the outbreak, it is going to have to adjust.

"If they're greedy, they won't recover," Klein said.

"It's an industry that has typically been very arrogant when it has dealt with problems. And that arrogance in this situation is not going to serve them."

He recommends cruise lines postpone or cancel trips until this all blows over.

"At least they'll keep all their customers, you know, again, all of them are sick and dying," Klein said.

There are reports that one of the busiest ports in the country in Miami, Florida, has not seen a decline in passenger turnout. But earlier, when Newsy reached out to a spokesperson for Princess Cruises, they confirmed the company has canceled multiple trips. However, they would not say whether that decision was a result of speaking with President Trump.