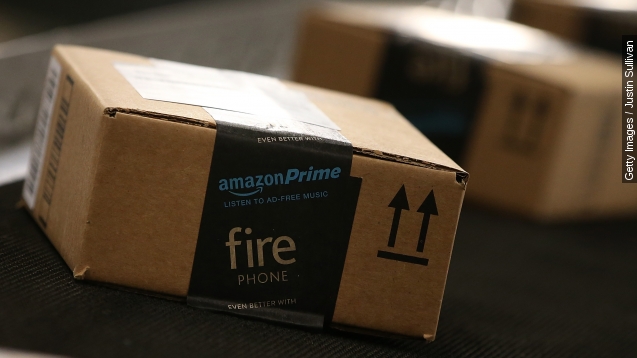 SMS
Crowdsourced Amazon Delivery Would Face Familiar Hurdles
By Evan Thomas
By Evan Thomas
June 17, 2015
Amazon's On My Way service would use contract employees to make deliveries during the last leg of shipping.
SHOW TRANSCRIPT

Amazon is reportedly testing a crowdsourced delivery program called On My Way, which would use contract workers and co-opt brick-and-mortar retail space to speed up deliveries.

Insiders reportedly told The Wall Street Journal it would be a way for Amazon, which delivers more than 3 million packages a day, to compete with traditional couriers such as UPS.

The Journal could not clarify whether Amazon would assign or assume liability for its deliveries. A chorus of analysts is wondering the same thing.

One told USA Today it could be "a nightmare. Imagine someone saying, 'Yes, of course I dropped off your valuable package.'"

This highlights one persistent problem with the bleeding edge of crowdsourcing, and not just for delivery operations. The laws regulating services carried out by the public have yet to be strictly defined.

And Germany banned parts of Uber's ridesharing service in March because its drivers lacked the proper certifications to act as taxi operators. (Video via Deutsche Welle)

On top of that, On My Way probably won't be cost-effective. Here's the problem in one chart: In 2014, Amazon spent $8.8 billion on shipping, or nearly twice what it brought in.

This as the company is experimenting with a number of boutique delivery options already, from its famous Prime Air drones to locker systems installed in some grocery and convenience stores. (Video via Amazon.com)

And Prime Now, which farms out the last leg of some same-day deliveries to local bicycle couriers in Manhattan. (Video via Amazon.com)

Still, it's a good bet if Amazon doesn't experiment with niche delivery services, someone will. Uber has tested out food and even cat delivery in some markets. (Video via Uber)

Yeah, that last one's more PR than practicality. But it actually existed, which is more than we can say for On My Way. Amazon hasn't said when it might roll out the service or if it will ever make it past the idea phase. (Video via Uber)