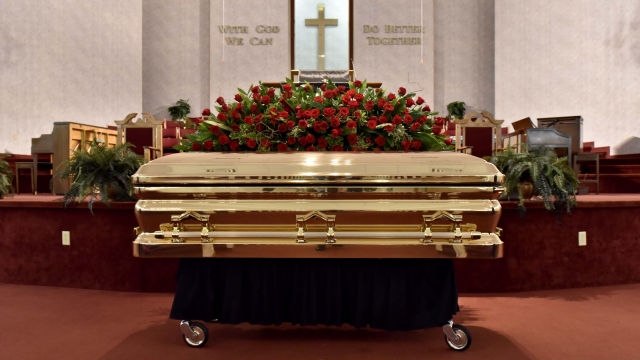 Crowds of people gathered to mourn the death of George Floyd near his hometown of Fayetteville, North Carolina on Saturday.

Family, friends and public officials attended a private service at a Raeford church, joining together in song and prayer to honor Floyd who died after Minneapolis police restrained him and knelt on his neck.

Hoke County Sheriff Hubert Peterkin stood next to Floyd's gold casket, condemning police brutality and calling on law enforcement to realize they are part of the problem.

He said, "I don't care what George did, we as law enforcement officers, we don't have the authority to bully, push people around and kill them because we have a badge and a gun."