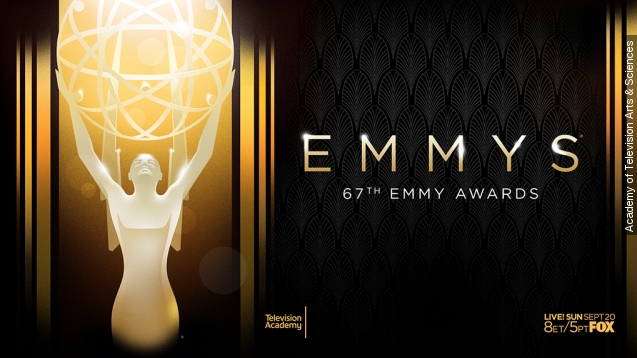 The Primetime Emmy Awards are often called the Oscars of television. The competition is stiff, all eyes are on the host and award campaigns begin months in advance.

If you live in LA, "for your consideration" billboards are normal sightings, and if you work in the industry, Emmy campaign season comes with a lot of free promotional gifts.

So with competitive categories at this year’s Emmys, like Outstanding Drama Series and Outstanding Comedy Series setting up shows — like "Game of Thrones," "Mad Men," "House of Cards" and "Orange is the New Black," — to go head to head, campaign strategists are forced to raise the stakes and create campaigns that stand out.

And there's a lot of people to convince that your show is the best. The Television Academy has over 19,000 members divided into "29 peer groups of specialized fields," according to the Emmys' website.

And promotions aren't as simple as they used to be. In 2013, it was normal to see food trucks outside studio lots, like the Coolhaus trucks sponsored by Showtime. And Netflix served barbecue to Academy voters as a promotion for "House of Cards."

This year, things are a bit different. Stakes are high for people like Jon Hamm — who has yet to win a statuette for his role in “Mad Men” — or for shows such as “Modern Family,” which has a five-year winning streak at risk against shows like HBO's "Veep" or Amazon Studios' "Transparent."

In probably the biggest campaign this year, Netflix partnered with spinning studio SoulCycle to give 13 complimentary classes in studios across LA with the promise that one of the rides would feature a guest appearance by a Netflix cast member.

Comedy Central turned to its massive 140 million social media fanbase to release an unheard-of multiplatform campaign featuring a trailer of program highlights from the past year.

CBS TV Studios chose to use "Jane The Virgin" star Gina Rodriguez's Golden Globes acceptance speech in their "for your consideration" Emmy campaign poster, instead of critics' praise for the show. That campaign also included a promo video.

Uzo Aduba and John Stamos will announce this year's Emmy nominations July 16. And if the campaigning is any indication of the stiff competition, we’re going to listen to host Andy Samberg’s advice and buckle our seat belts.