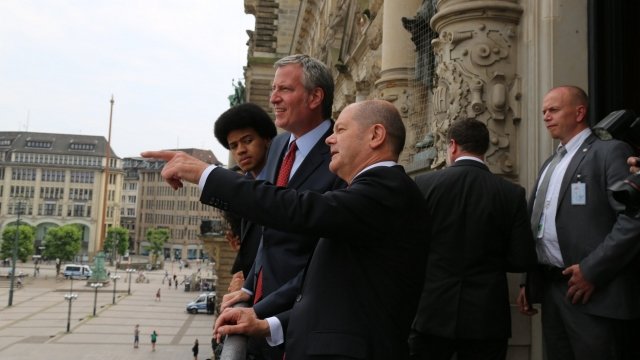 New York City Mayor Bill de Blasio is in Germany right now to join protests of the G-20 summit. But some people — including his constituents — say he shouldn't have left his city.

De Blasio left for Hamburg on Thursday evening and plans to speak at a rally Saturday.

The mayor skipped the NYPD swearing-in ceremony and also left the city one day after an officer was fatally shot in the Bronx. This bad timing has fueled the division between the mayor and the police.

NYPD officers protested de Blasio several years ago by turning their backs on him during a few official events. The officers felt de Blasio had made comments that supported anti-police sentiments.

De Blasio's office said he would be back in time for the slain officer's funeral, but the officer's sister told reporters that the mayor needs to do more to protect the police.

Nicole Malliotakis — one of de Blasio's political opponents — went on Twitter to take shots at the mayor's absence.

And on the cover of Friday's New York Post, the paper told the mayor not to come back. 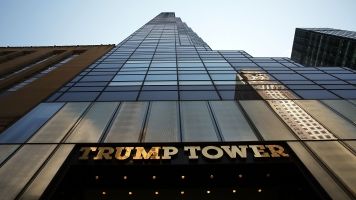 Amid the criticism, de Blasio told WNYC, "All the issues that need to be attended to I'm attending to every day regardless of where I am."