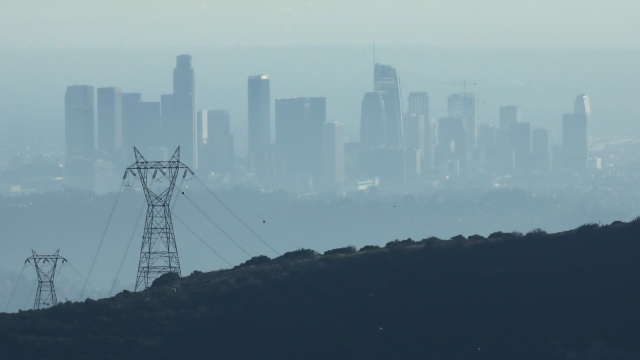 The Trump administration is drawing protests from scientists and public health advocates over proposed research rules that could limit studies for enacting new clean air and water rules.

The Environmental Protection Agency is advancing a proposal that would require scientists conducting research for federal environmental regulations to disclose all raw data, including confidential medical records.

The EPA says its proposed rule, called Strengthening Transparency in Regulatory Science, is part of a renewed commitment to transparency and "the highest quality science."

But that assertion is getting backlash from groups including the Union of Concerned Scientists, the American Lung Association and the National Association of Pediatric Nurse Practitioners. They call the plan a ruse for further rolling back environmental rules.

They say the policy could bar important environmental research. The New York Times reports it could have possibly disallowed a 1993 Harvard University Study that linked air pollution to premature deaths.

That study, a foundation for federal air pollution laws, tracked the heath of 22,000 people who shared private medical histories under confidentiality agreements.

EPA Administrator Andrew Wheeler says the agency wants access to such raw data to verify research. He said: "Good science is science that can be replicated and independently validated, science that can hold up to scrutiny. That is why we're moving forward to ensure that the science supporting agency decisions is transparent and available for evaluation."

But the American Lung Association says the rule will limit research, which "means more dirty air and more premature deaths." And the pediatric nurses group claimed the policy would result in "weaker environmental and health protections."

The proposed rule is supported by industry groups, including the American Chemistry Council. It echoed Wheeler's comments, saying transparency and the ability to reproduce scientific research is critical to creating regulations.

According to a New York Times analysis, the Trump administration has to date rolled back more than 80 environmental rules.

Meanwhile, the Trump administration is facing legal challenges over its decision to revoke California's authority to set its own fuel efficiency standards.