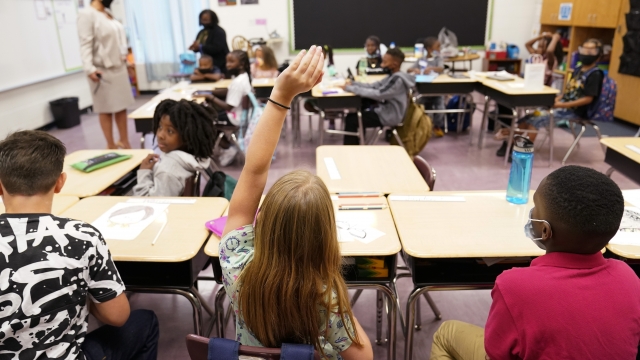 "What House Bill 3979 does for me is it basically takes away my privilege of teaching," said Lakeisha Patterson. "I'm having open and honest dialogue and conversations with my students."

Lakeisha Patterson is a teacher in Texas, and she’s just one of many voices pushing back against a new law that some teachers say is politically motivated and confusing.

The text of the law does not mention CRT but it does direct teachers to talk about topics including the Declaration of Independence, the founding fathers and the writings of Fredrick Douglass to name a few. The law also puts up barriers on how teachers can discuss racism and current events in the classroom.

"Even the fact that I'm an elementary teacher and I get it that my kids are younger, these are still sensitive subjects that I think they should be made aware of," Patterson said.  "And we should have the ability to have open and honest conversations about historical events that happen."

We talked to Diane Birdwell back in July of this year. Since then she’s petitioned state lawmakers to stop targeting teachers with additional laws being proposed during a special legislative session earlier this summer.

“Let us teach without being dominated by the state of Texas legislator," Birdwell said during a Texas State Senate committee hearing.

Birdwell believes the motivations behind the law are political and have nothing to do with what students learn in the classroom.

"When I explain to people what CRT really is and how it's not being taught, they calm down," Birdwell said. "They relax [but] that's not what they want, they want a riled up base, and so they're just going to keep throwing things until they see what sticks."

As a world history teacher, she says the new law will most likely not affect her teaching but she’s still concerned.

"So I just have to have, you know, be aware that anything I teach can now be challenged and not just by the parents of my students [but] outside of the district," Birdwell added.

Governor Greg Abbott has vowed to target CRT again during a second special legislative session that began last week. Additional legislation failed to move forward during the first special session after a group of House Democrats fled the state. HB 3979 is set to go into effect on September 1st.