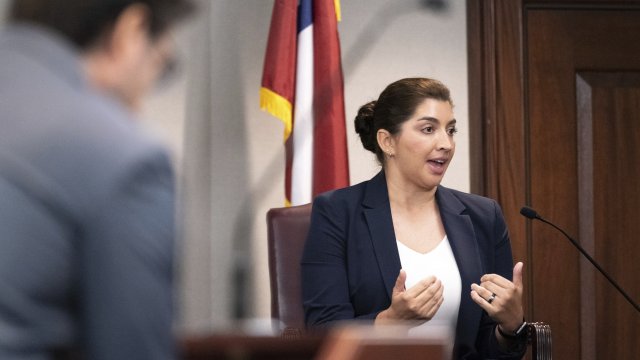 We continue to follow the latest updates in the trial of three men accused of killing Ahmaud Arbery.

A crime scene technician was the first witness Monday.

Sheila Ramos described taking pictures of Arbery's body and the crime scene itself.

Gregory and Travis McMichael and their neighbor, William Bryan, are charged with murder in the case.

The defendants say they fired in self-defense.

Prosecutors say they killed Arbery because he was Black.