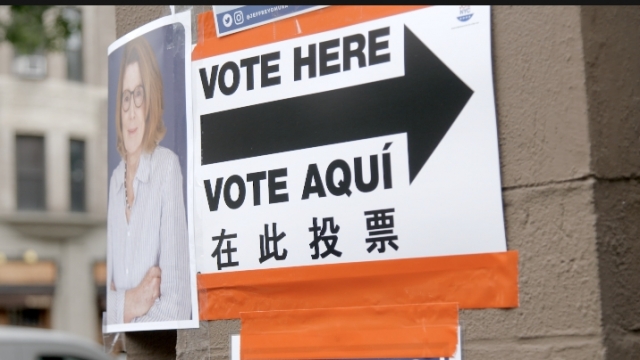 Crime has increased dramatically in New York City and has become one of the most important issues for voters in the mayoral primary.

Frank Martinez has lived in the Washington Heights neighborhood in New York City his entire life. He says for the last year and a half, he's been more careful about where he goes and what time he travels, than pretty much any time he can remember.

"I definitely have changed my routines," he explained. "Because you don't want to fall victim to the things that are going on, for example, in my subway system."

Crime in the nation's largest city is at an inflection point. According to the NYPD in May alone, overall crime was up 22%. Crimes on transit more than doubled. There were 73% more shootings than there were the previous May.

Richard Aborn, President of the Citizens Crime Commission of New York. says the City has engaged in what he calls "much needed" criminal justice reforms over the last few years, but events over the last year have likely contributed to the escalation New Yorkers are seeing. The surge in violent crime is the top issue driving voters here in the city’s mayoral primary.

"If you and I had had this conversation, six or eight weeks ago, you would see very different front-runners," Aborn said. "And you see now right, you would have seen people pushing the defund the police. The verbiage we've been talking about much less enforcement, you've been talking about the incarceration, all of these things, the pendulum has now swung away from that kind of rhetoric. And I think it's because of the rise in crime."

Martinez, a  registered independent, says none of the mayoral candidates have done enough to make him believe they'll keep him safe. New York City’s general election isn't until November, and many New Yorkers are worried about  a dangerous summer ahead.