'Rocky IV' Was Very Political — Will 'Creed II' Follow Up On That? 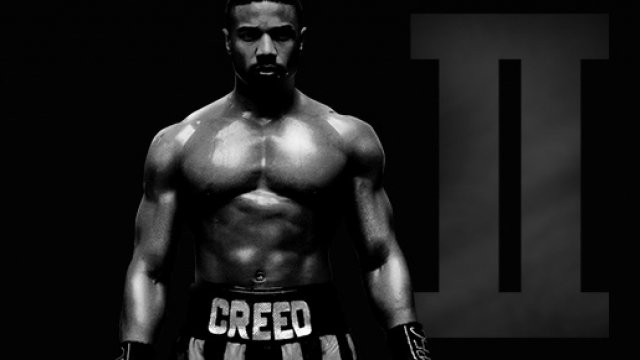 SMS
'Rocky IV' Was Very Political — Will 'Creed II' Follow Up On That?
By Casey Mendoza
By Casey Mendoza
June 22, 2018
"Rocky IV" was a political allegory about U.S.-Russia relations. "Creed II" is bringing back the Russian characters.
SHOW TRANSCRIPT

The trailer for the much-anticipated "Creed II" came out Wednesday, and it pits the son of Apollo Creed against "an opponent with ties to his family's past": the son of Ivan Drago.

The significance of that match calls back to "Rocky IV," where Creed was killed by Soviet boxer Drago during an exhibition match.

It's clear Michael B. Jordan's character in the new movie will struggle with the emotional significance of possibly avenging his father, but it's not clear if "Creed II" will call back to the other legacies of its predecessor: its not-so-subtle nationalism and political allegory.

"Rocky IV" came out in 1985, two years after former U.S. President Ronald Reagan called the USSR an "evil empire." By that point, the struggle had included the wars in Korea and Vietnam, the Berlin Wall and the Cuban Missile Crisis.

The match between Apollo and Drago — and soon after, Rocky and Drago — aren't marketed as matches between two individual men. They're between two countries: one that is boisterous and passionate and another that is stoic and mechanical.

But tensions, in both the film and real life, eventually cooled. The Soviet Union and the Berlin Wall collapsed, and Rocky Balboa defeated Drago.

More than three decades later, U.S.-Russia relations are back in the spotlight — and possibly re-chilling — just in time for the literal next generation of Creed v. Drago.

On screen, Ivan Drago is still alive — with Dolph Lundgren reprising his role — but we don't know exactly how or even if the new film will address real-life global politics. Instead, one of the screenwriters told Slashfilm "Creed II" is "about the legacies of sons haunted by their fathers."

Sylvester Stallone worked on the screenplays for both "Rocky IV" and "Creed II." The new film is set to premiere Nov. 21, the same day its predecessor debuted.