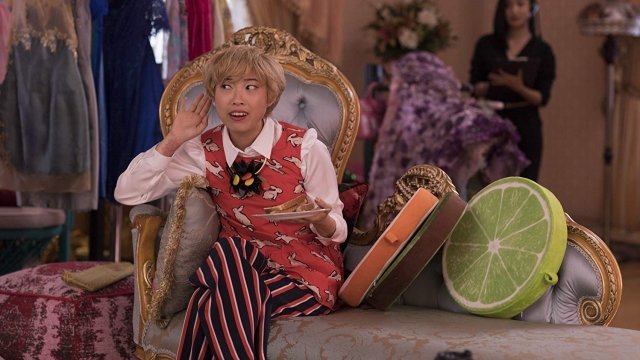 The romantic comedy once again took the No. 1 spot at the box office, bringing in an estimated $28.3 million over the four-day holiday weekend.

Not adjusting for inflation, that's the third-best gross ever for the long Labor Day weekend. It only falls behind "Halloween," which made just over $30 million in 2007, and "The Sixth Sense's" $29.3 million in 1999.

This weekend's ticket sales brings "Crazy Rich Asians'" domestic total past $117 million, making it the highest-grossing rom-com since 2012's "Silver Linings Playbook." And if you argue that the Jennifer Lawrence and Bradley Cooper flick isn't light-hearted enough to be considered a romantic comedy — then it's the biggest since the $164 million "The Proposal" grossed in 2009.

Staying put at the No. 2 spot this week is "The Meg." The shark flick brought in an estimated $13.4 million over the four days.

And finally, coming in at No. 3 is Tom Cruise's "Mission: Impossible - Fallout" with an estimated $9 million. That brings its domestic total to more than $206 million and its worldwide total to $649 million.

As for next week — Jennifer Garner pulls a Liam Neeson and returns to her action roots.