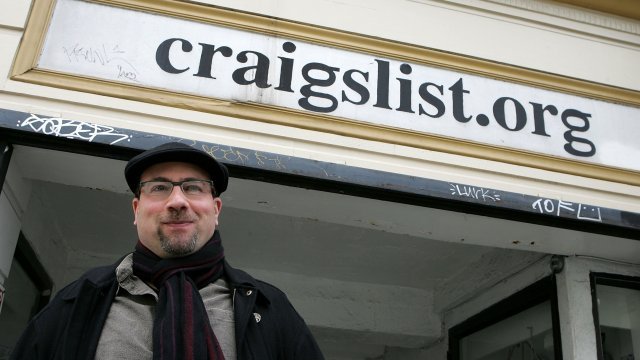 SMS
Founder Of Craigslist Donates $20 Million To Journalism School
By Austin Kim
By Austin Kim
June 11, 2018
The founder of Craigslist, a site accused of contributing to the decline of newspapers, is donating $20 million to CUNY's graduate journalism school.
SHOW TRANSCRIPT

The founder of Craigslist is making a $20 million donation to one of New York City's journalism schools. In return, the City University of New York, or CUNY, will rename its Graduate School of Journalism after Craig Newmark.

Large donations like these are common, but some have pointed out Newmark's gift is a little ironic — Craigslist shook up the traditional classified ads market by allowing people to post online. It's often seen as one reason for the decline the newspaper industry, which relied on classified ad revenue. Newmark contends newspapers were losing money before Craigslist became popular.

But Newmark has a history of donating to journalistic causes. He's given millions of dollars to organizations such as Poynter and ProPublica. He also sits on the board of the Columbia Journalism Review.

Newmark said he made the donation to CUNY to help combat the public's eroding trust in news. The school says the money will go to recruiting more faculty and developing ways to regain the public's trust in media outlets.