This CPR Dummy Attachment Could Help Save More Women's Lives 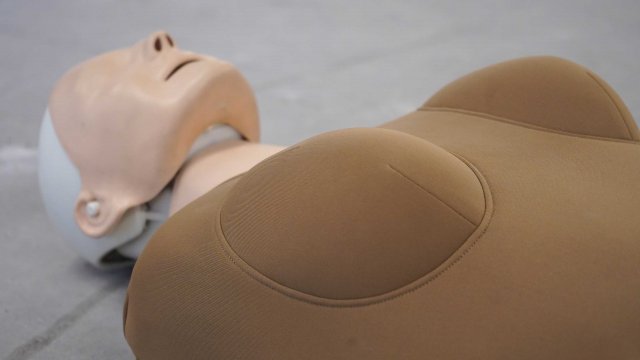 SMS
This CPR Dummy Attachment Could Help Save More Women's Lives
By Briana Koeneman
By Briana Koeneman
June 6, 2019
Many people learn to give CPR on a flat-chested mannequin, and these groups say that could have serious consequences outside the classroom.
SHOW TRANSCRIPT

This is the Womanikin. It's an attachment that adds breasts onto a flat-chested CPR dummy.

And its creators hope it will help save the lives of more women who suffer cardiac arrest in public.

According to CNN, the Womanikin was the brainchild of ad agency Joan Creative and the United States of Women.

The groups noted that most people learn how to give CPR on a flat-chested mannequin, and that could have serious consequences outside the classroom.

Research published back in 2017 found women are 27% less likely to receive CPR in public than men.

Joan's co-founder and chief executive officer told CNN: "The Womanikin won't solve everything, but it's a step in the right direction."

The Womanikin's creators hope to make it available for CPR classes across the country by the end of next year.