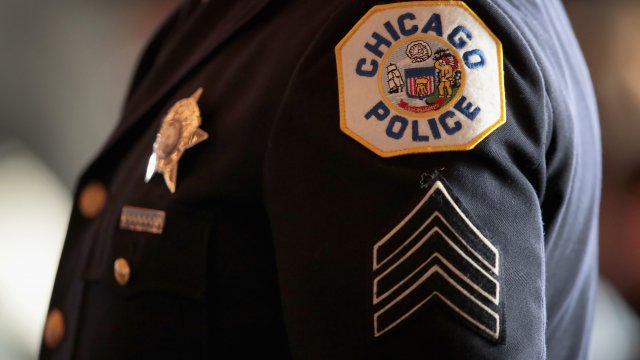 SMS
Officer's Lawsuit Against Chicago Police Defies "Code of Silence"
By Jamal Andress
By Jamal Andress
March 19, 2019
As the Chicago PD starts to implement a consent decree to reform the department, a new lawsuit alleges the 'code of silence' is still alive and well.
SHOW TRANSCRIPT

Since the release of the Laquan McDonald shooting video and subsequent DOJ investigation, everyone from the mayor to the Illinois Attorney General has been scrambling to reform the Chicago Police Department.

And while all of these plans would make big changes in policing, a new lawsuit against the Chicago PD shows old habits die hard for the department.

According to the lawsuit, the Chicago PD punished veteran officer Sgt. Isaac Lambert for refusing to lie in a different police shooting investigation.

In August 2017, an off-duty officer shot 18-year-old Ricardo “Ricky” Hayes on the south side of Chicago. Hayes was unarmed and is developmentally disabled. When Sgt. Lambert investigated the shooting he determined it was not justified and that Hayes wasn't a threat to the officer — despite internal pressure to classify him as the aggressor.

In his lawsuit, Lambert alleges that he ordered Ricardo be released to his family without any charges -- against the wishes of other detectives and supervisors. Less than a week after Lambert submitted his report, he was demoted from detective back to the patrol division of the Chicago PD.

Torri Hamilton is representing Sgt. Lambert in his lawsuit against the Chicago PD.

"Quintessentially, this is what's wrong with the Chicago Police Department. Like this is, this is it right here."

After 8 years as a prosecutor with the city of Chicago, Hamilton switched teams to work police misconduct cases and represent officers in whistleblower lawsuits.

One of those whistleblowers is former commander Lorenzo Davis, who also sued the CPD after he was fired for refusing to lie about an unjustified police shooting and won $2.8 million.

"I honestly believe this whistleblower lawsuit is kind of an amazing tool to reform the police department. … Police officers knowing that they have a vehicle to do something about being punished for doing the right thing, it might cause more of them to do that — to try to do the right thing."

At the same time, Hamilton cautions that it can be dangerous to come forward,  especially for new officers.

"I don't think a lot of officers have the security that either Lorenzo Davis or Issac Lambert have. … They were both in a position of more power than your rank and file officer who has been a police officer for four or five years and is out on the street. And for those officers … They will literally be putting themselves in the line of fire. … Nobody would have their back on the street."

"You are expected as a police officer to tow the blue line … and when you don't you're going to suffer the consequences. … Things are not going to change on the Chicago Police Department until there is a change in this specific thing. There has to be transparency and accountability. And officers who are willing to do the right thing need to be protected and held up as an example. Instead of ostracized and punished."