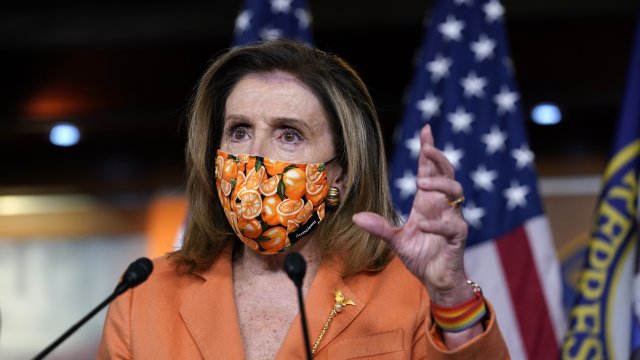 Another false start in COVID relief efforts in the nation's capital.

President Trump said Thursday talks are back on for stand-alone relief bills, including to help airlines avoid layoffs but it looks like not everyone is on the same page.

House Speaker Nancy Pelosi says her support for an airline payroll support bill needs to be part of a more comprehensive package.

Pelosi did say she'd be open to continuing talks with the White House.

Earlier this week President Trump said negotiations were off until after Election Day, sending stocks tumbling within minutes. After his latest direction change, Thursday's S&P 500 climbed 0.8%.

The president is calling on Congress to send him stand-alone bills.

The Democratic bill’s $2.2 trillion price tag has drew opposition from Senate Republicans, who say it's too expensive and wasteful. The GOP wants less funding for state and local governments.