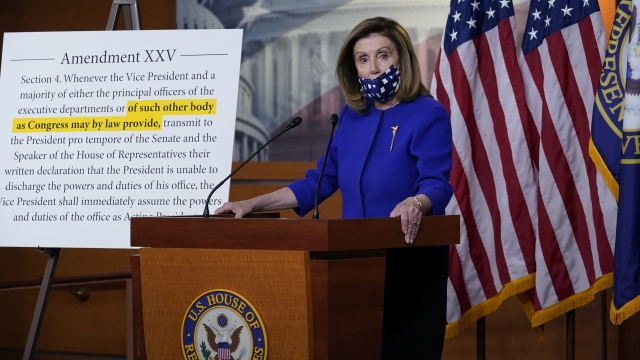 Democrats are sticking with their $2.2 trillion demand, while Republicans are staying well below that number.

A deal between Democrats and Republicans for COVID relief is unlikely to happen before the election.

But after the conversation, Mnuchin said it would be a difficult to come to an agreement in less than three weeks. He suggested a different approach.

"The majority of the economy is rebounding back very strong. The parts of the economy that are still subject to travel, entertainment, restaurants, performances, those types of things are still suffering," Mnuchin said. "And that's why we want a much more targeted approach."

Democrats are sticking with their $2.2 trillion demand, while Republicans remain well below that number.

Pelosi said she expects to talk to Mnuchin again Thursday.