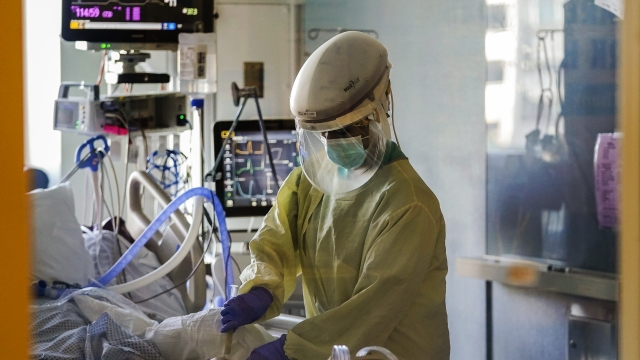 Here's a look at the toll the virus has taken on the country.

There are nearly 24 million infections in the U.S. Vaccination efforts are underway. Nearly 10.5 million people have received at least one dose of the vaccine and more than 31 million doses have been distributed to sites.

But Biden's incoming CDC director believes the number of deaths could get much worse.

"By the middle of February, we expect half a million deaths in this country. That doesn't speak to the tens of thousands of people who are living with a yet uncharacterized syndrome after they've recovered,” said Dr. Rochelle Walensky. “And we still haven't seen the ramifications of what happened from the holiday travel from holiday gathering in terms of high rates of hospitalizations and the deaths thereafter. So, yes, i think we still have some dark weeks ahead."