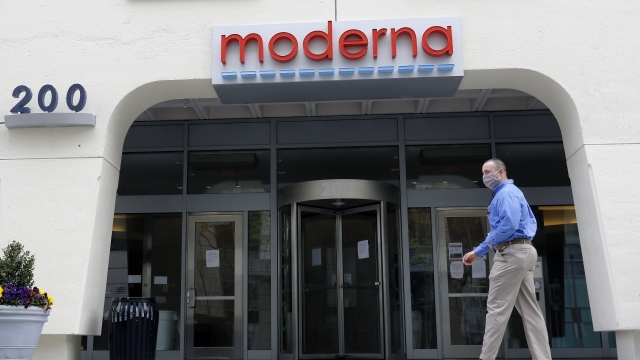 A vaccine for the coronavirus is moving on to the next clinical trial phase after showing early promise.

U.S. biotech company Moderna says it is moving into a second round of testing on a potential coronavirus vaccine. That's after seeing some early promising results.

On Monday Moderna reported that phase one trial data showed that a small number of healthy patients who were given the vaccine developed COVID-19 antibodies.

Moderna Chief Medical Officer Dr. Tal Zacks said, "These antibodies were proven to be able to block the ability of the virus to be able to infect cells. So this is really a very first important step in the journey towards having a vaccine available for the people who need it the most."

The first round of clinical trials began in February with eight people. Phase two trials will start soon with several hundred participants. The company then aims to launch a third trial in July with tens of thousands of people.

That's unusually fast. Most vaccines take years to be approved. The SARS vaccine took nearly two years to get the government okay for clinical trials on humans. But the FDA gave the cononavirus vaccine the fast track in May.

There are an estimated 100 vaccines in development around the world in addition to the Moderna project. The White House is reportedly pressing to get a vaccine on the market as soon as this fall.