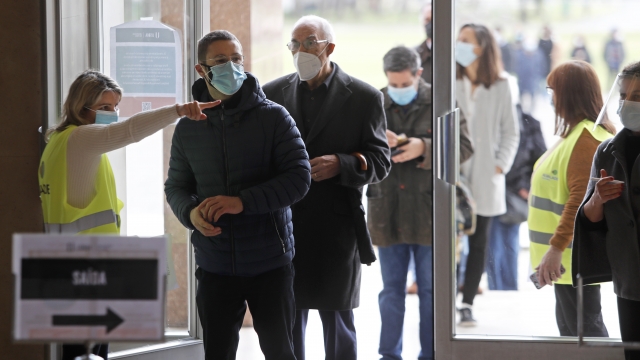 Despite having the world's highest rates of new daily infections and deaths,

Portugal voters bravely turned out Sunday to vote in the country's presidential election.

Incumbents in Portugal's presidential elections have usually won second terms since 1976 and Rebelo de Sousa had been leading in the polls.

A former political commentator, he's been a somewhat unconventional head of state. Widely referred to solely by his first name "Marcelo," the 72-year-old has been spotted wearing shorts in supermarket lines and sharing meals with the homeless.

On Saturday, Portugal reported more than 15,300 cases, a record high, and more than 270 deaths.