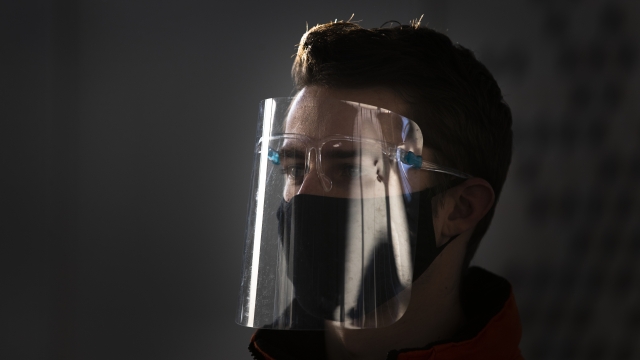 Even as COVID-19 vaccines are rolled out, health officials are advising mask wearing and social distancing as 2020 comes to a close.

2020 is coming to an end on an optimistic note as approved COVID-19 vaccines are deployed.

"It's such a moment of hope because we can see the light, we can see the end of this pandemic, the beginning of the end," Dr. Stella Ogake, Pulmonologist, Ohio State University Wexner Medical Center said.

But the virus redefined the past year and left millions scarred.

"I will never be the same because of this experience," a frontline health care worker said.

"What we knew in March and February is a lot different than what we know now," another frontline health care worker said.

"Authorities are still baffled by fast-spreading coronavirus that has killed at least four people and sickened more than 200," Newsy reporter Lauren Magarino said.

By the end of January, Wuhan would enter a lockdown that would last until April. But not before the virus was spreading overseas — the first case in the United States would be detected on Jan. 20.

President Trump created the Coronavirus Task Force. He praised Chinese President Xi Jinping for his transparency. And he limited travel, but did not completely stop it, from hotspots abroad.

"We are officially quarantined for 14 days in Japan," David Abel, a passenger on the Diamond Princess cruise ship, said.

In February, the virus got a name: COVID-19. It began wreaking havoc in Europe. Hospitals filled. Cases in Italy and Spain surged past China. On March 11, the WHO finally declared a pandemic, hinting at a grim reality the U.S. would soon face. First, an outbreak at a Seattle nursing home. Then, New York City.

"I hate to say this, but it is true: We are now the epicenter of this crisis, right here in the nation's largest city," Mayor Bill de Blasio of New York City said.

Overnight, schools, businesses and streets in the largest U.S. city emptied as state and local officials began issuing stay-at-home orders. Hospitals scrambled to secure ventilators and beds. Americans were asked to conserve PPE for frontline workers. And the USNS Comfort docked in the city on March 30 to provide some relief to hospitals.

"We're here by choice, and we have to get to work. And whatever it takes to get through our day, then we do it," Dan Renzi, a traveling nurse, said.

Despite dire warnings, the U.S. had enough ventilators. But, throughout March, the gravity of the situation deepened. Several states declared states of emergencies. One by one, sport leagues on the collegiate and professional level suspended or canceled their seasons. On March 24, the IOC suspended the 2020 Summer Olympics in Japan until 2021.

"This is a pandemic. I felt it was a pandemic long before it was called a pandemic," President Trump said.

Americans were desperate for tests. Lines stretched for miles. Millions lost their jobs. In a five-week span, more than 26 million filed for unemployment. That’s more than all the jobs added since the Great Recession. Congress passed a $2 trillion stimulus package. By the start of April, roughly one million COVID-19 cases had been confirmed globally. By the end of April, the U.S. had confirmed that many cases on its own, and the global death toll climbed above 200,000.

"One day I had four or five patients die. It's a lot of death," a frontline health care worker said.

Unlike other countries, the situation has only worsened in the United States. Peak after peak after peak of cases, hospitalizations and deaths.

"I wish everyone understood how bad this disease was, but they don’t," a frontline health care worker said.

"We had nurses working 14 days straight. Whatever we have to do to take care of all of our patients," a frontline health care worker said.

"When you have a patient taking their last breath in a bed and you have a family member yelling through an iPad screen trying to wake their family member up, that's something you don't forget," a frontline health care worker said.

2020 ends with daily deaths topping 9/11. The effort to vaccinate the country is ramping up. But, for now, the year ends with the same advice: Wear a mask.