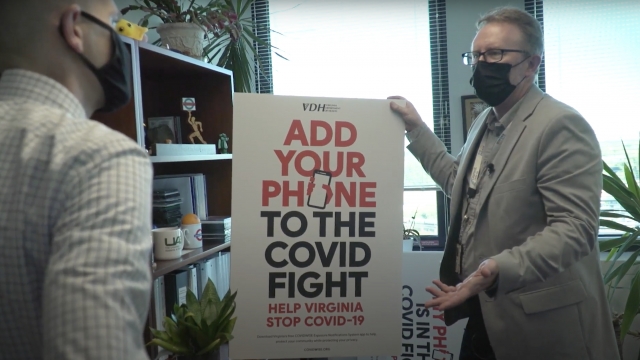 A Newsy investigation finds COVID-19 apps are aware of just a sliver of infections despite states spending millions of dollars deploying the tech.

Diana Berrent caught the coronavirus early in the pandemic when health departments were struggling to track infections.

“I did my own contact tracing on Facebook,” Berrent said. “That is not a great way of doing things.”

After she recovered, Berrent joined an effort to enable smartphones to help slow the spread of COVID-19. She consulted with Apple and Google as they rolled out exposure notifications, a high-tech mission she says has failed.

“I’ve given up on this system a while ago,” Berrent said.

The technology allows your phone to send a warning when you’ve been around someone positive for COVID-19.

“These emergency notification apps actually were a brilliant idea,” Berrent said. “Everybody has their phone on them all the time.”

Smartphone alerts are now offered in 26 states and U.S. territories, where some health departments have spent over $3 million to promote them.

After downloading an app or turning on notifications in a phone’s settings, the system then uses Bluetooth to constantly swap anonymous codes with other phones without collecting or sharing personal information. It can then notify you when you’ve spent prolonged time near someone who later tests positive. But for this all to work, people who have COVID-19 must voluntarily disclose their diagnosis, and as we discovered, not many people are doing that.

It’s why if you have the alerts set up, they might seem pretty quiet.

“Apple and Google came back to me months later looking for a success story they could highlight,” Berrent said. “I told them, there were none.”

Virginia was the first state to deploy a COVID-19 app in August 2020.

“I think marketing is something that was essential to make these app work,” said Jeff Stover, chief of staff for the Virginia Department of Health.

More than 2 million Virginians opted-in to receive COVIDWISE alerts, but far fewer people, about 8,400, have ever agreed to report a positive case, according to data from Oct. 4. The state has recorded about 900,000 infections, so COVIDWISE has only been able to send alerts out about less than 1 percent of all cases.

“We'd love for exposure notifications to be used by everyone in the country, but it's never going to be,” Stover said. “But, every life saved, is worth doing.”

There are similar challenges in other states.

Michigan spent $1.17 million introducing MI COVID Alert, but less than 1 percent of all infected people have ever reported a positive case to the app.

California allocated $2 million dollars for CA Notify. That system has only received reports about 2 percent of cases.

Colorado fared a little better. The state spent $750,000 marketing exposure alerts, with about 5.5 percent of all infected people agreeing to share their diagnosis to notify others.

A September report by the Government Accountability Office found privacy fears are keeping people from giving information the apps need to send alerts.

“Privacy is a huge concern,” said Vijay D’Souza, a director in the information, technology and cybersecurity division of the GAO. “When you combine that with health information and potentially sensitive topics, I think it’s a huge issue.”

Virginia and other states made the alert system’s privacy features a big part of their marketing campaigns. It’s messaging that doesn’t always stick.

“That was the biggest hurdle, getting people to trust us,” Stover said.

The GAO found the apps include strong security protections, especially compared to other technology you might find on your phone. The agency recommends states boost trust in the technology by conducting independent privacy assessments and publishing the results.

“From what we’ve seen these apps really have the potential to be effective despite some of the limitations we’ve identified,” D’Souza said.

The technology is there, but the widespread trust it needs is not.

“They built it but they couldn’t really sell it,” Berrent said.