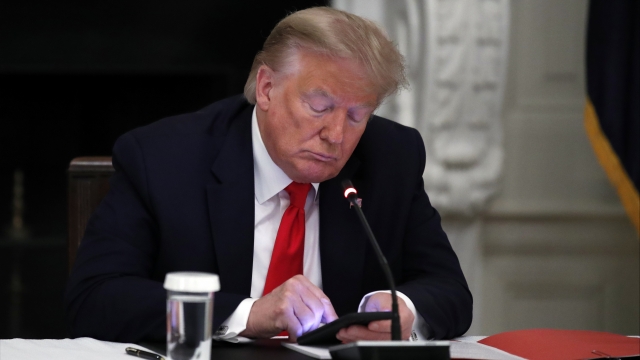 It only took five hours for President Donald Trump’s tweet about his positive COVID-19 diagnosis to rack up more than 600,000 retweets and 834,000 likes, making it his most popular Tweet ever of his more than 56,000 since joining the platform in 2009, according to data from the Trump Twitter Archive.

Trump’s Twitter feed is one of the most powerful and direct communication tools the White House has to reach the public, and it’s likely many learned about his diagnosis straight from his tweet.

Previously, his most-liked tweet was a 2019 post where the president announced that rapper A$AP Rocky would be released from a Swedish prison and was on his way home to the U.S.

The post about his diagnosis also made the rounds on Facebook. According to Crowdtangle, within five hours of posting about his condition, Trump had the second most popular daily post of any Facebook page worldwide, racking up more than 665 thousand likes, shares and comments.