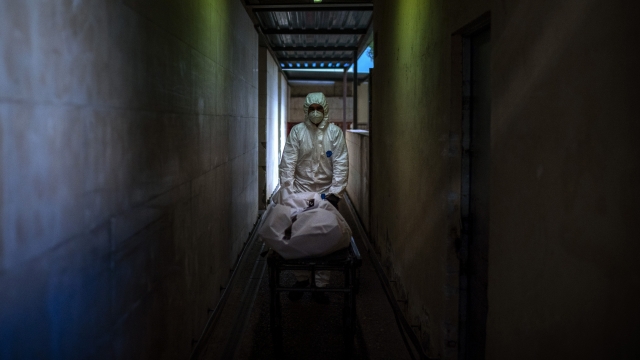 SMS
COVID-19 Death Toll Exceeds 2 Million Globally
By Gage Jackson
By Gage Jackson
January 15, 2021
Some countries have reported new strains of the virus that may be more contagious, which might explain some of the spikes seen.
SHOW TRANSCRIPT

The global death toll from the coronavirus has now topped 2 million. That count is more of an estimate since it's based on figures supplied by government agencies around the globe.

Public health experts suspect the actual death toll is even higher than reported because of inadequate testing and deaths that were wrongly attributed to other causes.

A number of countries have found new strains of the virus that could be more contagious, which might explain some of the spikes we're seeing.